I know there's a lot going on, click here to Get Started.
22 Comments

How Blogging Has Changed In The Last 10 Years

Written by: Jim+ in General 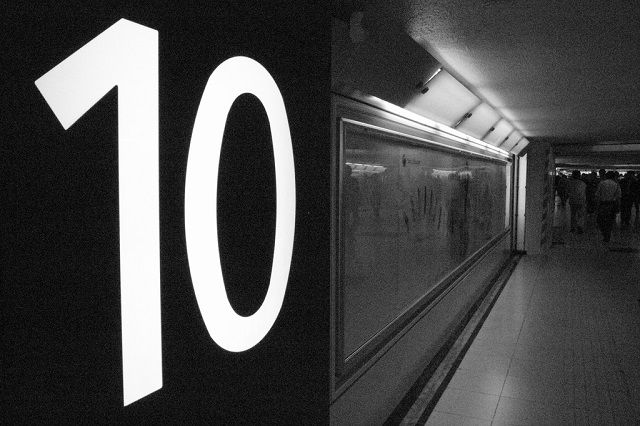 How has blogging changed in the last ten years? It has changed a lot.

Bargaineering’s first post was in 2004 but I’d been toiling away online for over a year trying to come up with a side business. Before Bargaineering, it was Ease of Travel – a defunct site that my friend and I planned to build. We envisioned a tool like Kayak, before Kayak of course, but we never really got it off the ground. To help pay the bills, I tried to make a hot deals site in the same vein as Techbargains or Slickdeals and in the process began studying a bunch of business models online.

Back then, blogging wasn’t a business, it was a personal journal. You had sites like Blogger and Xanga and WordPress existed but no one I knew had heard about it. If you look at the history of WordPress, the fork was in 2003.

In the ten years since, I would say that blogging as a business has seen a lot of ups and downs. It’s still a viable business model, with some caveats, but it’s a much tougher business today than it was just a few years ago.

So what has changed?

It’s actually not that Google stopped loving blogs, it’s that they stopped loving sites that looked and smelled the way blogs look and smell like. Sites that poured out content but often had very few links to that content. Back in my prime, I was pumping out three posts a weekday on Bargaineering. I did it because I had accumulated enough links to the site that I could get it to rank high in the results for a long tail term relatively easily. It was because few people had written about the subject and very few were optimized as well as Bargaineering. This was because Bargaineering had a lot of links to the site and because, if I may be so bold, the content was pretty good. 🙂

Fast forward a few years and internet marketers figured out the game. They realized that they could dominate long tail results with a powerful domain and a lot of content. Demand Media is a company that grew out of this strategy. They’re known as content farms and blogs are basically content farms. Take out the personality behind it and just look at it from a strictly technical perspective and there’s really no difference between a blog and a content farm, especially if you’re pumping out three posts a day. Bargaineering’s posts might have more words but those content farms had more links, it’s kind of a wash.

Well, Google’s Panda update kind of took care of that. You can throw Penguin in there too since a lot of bloggers relied on swapping links, roundups, guest posts, carnivals, and other similar strategies to gain links in the first place. Remove all those from the equation and you’re left with few of the “natural” links that Google likes.

Panda is the change to the algorithm that sought to penalize low quality sites. Coupled with “Top Heavy,” which penalized sites with a ton of ads, this hit a lot of sites that churned out a ton of content that really wasn’t all that good. A lot of bloggers were writing a lot of content with the same strategy in mind – get it to rank. That wasn’t my strategy with Bargaineering though from the outside it looked all the same. My approach was to try to get into Google News, which mean writing more timely news articles that really didn’t offer me much in the way of opinion. My third post of each day was often directed at the news. It might look to Google that I was just another content mill if they felt that way. (As far as I know, Bargaineering was not affected by Panda)

Penguin is the change to the algorithm that sought to lower the rankings of sites that violated Google’s nebulous rules about black hat SEO. Back in the day, all we ever knew to do was get links. No one ever told us that sitewide sidebar links were bad. No one said roundups and swapping links would be bad. Heck, guest posting is still a viable strategy today… unless you do too much of it. I’ve talked to a lot of bloggers penalized by Penguin and not a single one could be put into the category of “black hat,” in the traditional sense. They did a ton of guest posts linking back to a few pages for specific keywords (now that’s a no no, it’s “unnatural”) but never paid anyone for it (nothing sponsored). They participated in blog carnivals, which would put their link on a page with 50-100 others (another no no). You take all of these links away and you are left with a site that has very few inbound links and one that would drop in the rankings.

I know a lot of bloggers affected by these two algorithm changes and while they weren’t the intended target, they got swept up with the rest.

This is not a new phenomenon at all.

Before pages of content were called posts, they were called pages and those pages were known as pre-sell pages. A pre-sell page was different than a paid post today. Today’s paid posts try to look like regular posts. Pre-sell pages looked like advertising pages for whatever product they were selling. It was a marketing tool, not an SEO tool, and so it paid like a marketing tool… which is to say it paid way better than a paid posts.

When I started, there were like ten personal finance bloggers. Now, Wise Bread has a list of over 900 (the listing is a little broken at the time I’m writing this) and that doesn’t even count the ones they don’t know about (and the ones that have been abandoned, of which there are at least a few hundred). If you want to stand out, you need to stand out. As Seth Godin has said, you need to be remarkable. You need a compelling story that a lot of people can connect with.

Study the ones that have a relatively meteoric rise in popularity and they each have a compelling story. J.D. Roth worked in his family’s box factory, had loads of debt, and paid it off by understanding his relationship with money. Pete of Mr. Money Mustache focuses on living a “wonderful and fulfilling existence” and retired at 30, telling consumerism to go screw itself. Trent of The Simple Dollar was frugal to the absolutely core, including splitting 2-ply toilet paper, and catered to that segment of the personal finance world perfectly.

You used to be able to rely on search, now, if you want to succeed, you have to rely on connecting with readers and branding.

Email is Even More Crucial

If a blog can’t easily build little streams of search traffic through search (as easily), then you need to build a stream of traffic somewhere else. Email is where you do it. It doesn’t matter which service you use, I’m partial to Aweber because of familiarity, but you need to start asking your visitors to sign up for your newsletter.

I’m not an expert on it but I know that every single time I send out an email, I get a little boost of traffic from people who already know who I am. They’ve trusted me with their email, I don’t spam them, and I try to share useful information with them.

Bargaineering didn’t have an email list for years and when I finally put it on, I didn’t really use it effectively. I treated it like another way to send out posts, which is acceptable but not the most effective. Back then, with all that search traffic, you could get away with not using a list or underutilizing it. Nowadays, you need to build up a list or you become beholden to search. We all know how dangerous that is.

You Must Make Your Own Products

You can still make a little cash as an affiliate or just relying on advertising, but if you can differentiate and connect with readers, a product will provide a far more stable and lucrative stream of income than an affiliate… especially if you’ve built up a list.

Many years ago, you couldn’t find a single personal finance blogger selling a product. Then Trent played around with $5 e-books, I don’t know how well they did. Then you have guys like Mike at Oblivious Investor selling books on Amazon and doing quite well at it. You have Baker at Man vs. Debt selling a variety of books and even a full blown course called You Vs. Debt.

Products take longer to make but you keep 100% of the revenue. You also don’t face the level of competition you’ll face if you promote affiliate products. If you read a lot of blogs in your niche, you probably will see a lot of them writing about the same things at the same time. New credit card? Boom – a dozen or more reviews all at once. A new company joins the affiliate game? Oh look, everyone is doing a review of their product or service.

When Baker releases You vs. Debt – you might see a dozen blog posts about You vs. Debt but they’re all pointing to him and promoting his product. That’s where you want to be and where you need to be.

You Can’t Sell Your Blog for Millions

I’ve actually read this prognostication on more than one occasion, and I heard it before several personal finance blogs were sold for several million each, but a blog is no different than any other website. Any business with a good brand, strong revenues, and good products will find a buyer. There will be blogs being bought and sold for millions for many years to come.

Your job is to prove the doubters wrong. 🙂