I know there's a lot going on, click here to Get Started.
32 Comments

How to Turn Casual Visitors Into Fanatical Readers

Written by: Jim+ in Readership 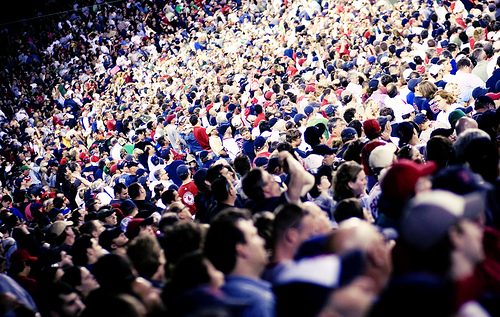 Paul Graham is one of the most famous technologists of our lifetime and his blog is one that I read on a regular basis. His blog post titled “Do Things that Don’t Scale” offers advice to startups that any business owner should consider.

The basic premise of the post is that many successful companies get there by doing things that don’t scale, don’t go viral, and aren’t run on auto-pilot. They take a hands on approach to customer service, to customer acquisition, and all the other things you might easily expect them to automate. That’s the mentality you should take on as you grow your blog.

Here are some of the common ways a reader might reach out to you and what you should do in response to foster a friendship and, hopefully, earn a loyal fan.

If you don’t know what to say to your readers, here’s some of my thoughts on how to find your voice.

When someone takes the time to leave a comment on your blog, it is an invitation to engage them in a conversation. Think of the last time you left a comment on a blog, did the author of the post email you back? Did they reply? Did you know they replied?

If you don’t have a plugin that notifies a commenter that someone has replied, install one. Make sure the default is that they will not be notified! (if you have integrated Disqus or another commenting system, a plugin is not required)

Next, reply to every comment. I try to reply to every comment I get, even if it’s a simple “thanks!”. If it’s a particularly thoughtful comment, consider emailing them a thank you for commenting on your blog post and open up a dialog. I’ve learned a lot from readers just by emailing them afterwards when they mentioned something thought provoking. By default, even though I had a comment notification system installed, I assumed the original commenter would not see my reply.

If you’re using social media to promote your blog (which you should), you should treat each of your posts on social media like a post on your blog. When someone leave a comment on your Facebook status update, be sure to respond. They’re more likely to see the response, given Facebook’s native notification system, and it can start a dialog that enriches the original post.

Be sure to thank people who retweet or share your posts. These readers have become your volunteer ambassadors, you should be thanking them with hand-written letters!

On the internet, an email is one of the most intimate forms of communications between strangers. Yes, it sounds strange to read that sentence (just as I felt a little strange writing it) but it’s very true. Blog comments can be anonymous, Tweets can be anonymous, but email is less anonymous. It’s a conduit to an individual and not just another form of throwaway communication. When a reader emails you, treat it as the ultimate compliment even if they are sending you vitriolic hate-mail.

Think about how easy it is to leave a comment or tweet something – it’s almost trivial. With email, you have to find a contact form or email address, type out a message, and then click send. It’s not like writing a letter but it’s the closest thing on the internet.

So when someone emails you, always respond. Respond quickly, thoughtfully, and graciously – even if they are insulting you. You never know what you’ll learn. 🙂

Sometimes, if they sent the email hours ago, they’ve calmed down and you can actually have a rational conversation with them. Usually, they apologize for what they wrote, thank you for giving them the opportunity to apologize, and you can hear the underlying cause for their anger. You might even be able to offer up some clarification that ends up helping them. Those emails are often the best ones.

However, don’t get sucked into flame wars where you just trade barbs. It’s like a fist fight outside the bar at 4 AM – no one ever wins.

What’s your approach to reader interaction?

32 responses to “How to Turn Casual Visitors Into Fanatical Readers”