I know there's a lot going on, click here to Get Started.
18 Comments

MBP #1: JD Roth on Getting Rich Slowly, How a writer built a blog that transformed his life

Written by: Jim+ in Podcast 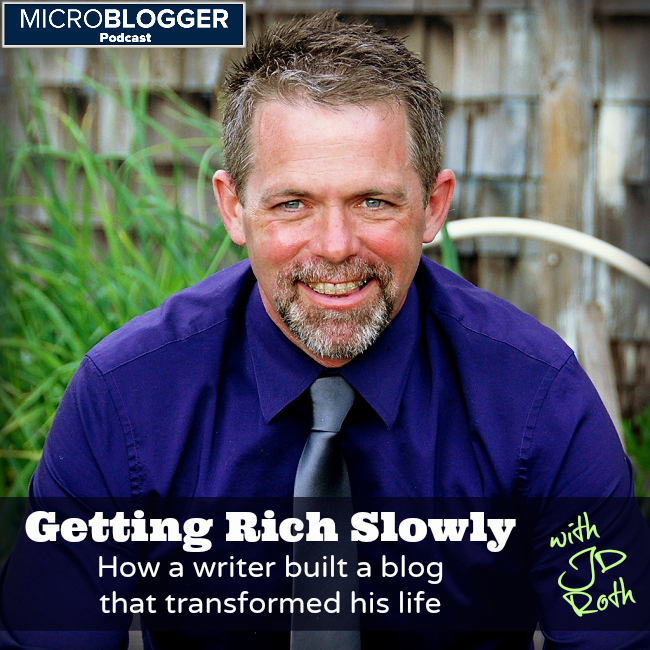 I’ve known JD for many years and he’s a modern rags to riches story.

I first met him in person at an event thrown by moneyStrands in San Francisco, a meeting that JD mentions in the chat, and we’ve been friends every since. I could think of no better person to talk to for the inaugural Microblogger podcast and am very thankful he was able to carve out some time out of his extremely busy schedule to record this chat!

How did someone who had over $35,000 in credit card, working in his family’s box factory, turn his journey to financial salvation into a blog that was read by millions and then acquired for millions of dollars?

Listen and you’ll find out.

What will you learn in this episode:

I hope you got a ton of value out of this — a big thank you to JD for taking the time to talk to us. We discussed a ton of great stuff and if you enjoyed it, please click to tweet @jdroth and tell him he kicked butt on the podcast!

Resources and links mentioned in this chat:

Are you on Stitcher? Great! So am I! Here’s the link to the Microblogger Podcast where you can subscribe and leave a rating and review (please?).

We’re in iTunes now too! You can subscribe there.

If you aren’t using either service and prefer RSS, here’s our RSS feed.

Tell everyone you know that this is a great podcast… unless you think it sucks. Then tell me and I’ll try to make it better!

Eh, I got excited, submitted, and we’re on iTunes! It would me a lot to me if you could leave me a review and a rating on iTunes, it makes a big difference and helps others find the show! To leave a review, click here and thanks so so much!

I want to extend a special thank you to Josh Dorkin of Bigger Pockets and Joe Saul-Sehy of Stacking Benjamins for their podcasting insights.

Both are awesome, both have their own podcasts, and I wholeheartedly recommend checking them out:

18 responses to “MBP #1: JD Roth on Getting Rich Slowly, How a writer built a blog that transformed his life”