I know there's a lot going on, click here to Get Started.
6 Comments

Should You Turn Off Comments?

Written by: Jim+ in Design 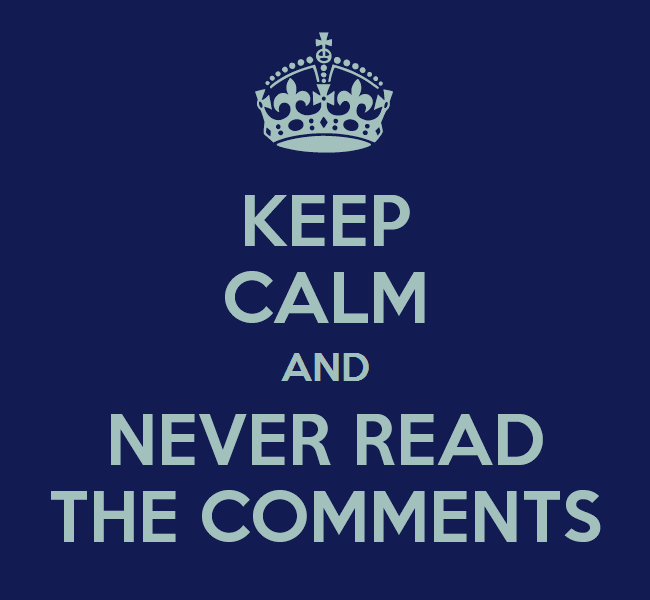 In putting together the Day One Advice, Mike Piper of Oblivious Investor told me something I found shocking.

His advice? Don’t be afraid to turn off comments.

What!? Turn off comments!? Are you nuts!?

Comments have been a part blogs since the beginning of time itself. It’s such a popular idea that news outlets have integrated comments to their articles, in the hopes that it increases engagement. Comments are integral to blogging and few people have considered removing comments entirely.

Mike is a seasoned blogger who has been writing Oblivious Investor for many many years. He’s found tremendous success taking his knowledge and codifying it into eight digital books he sells on Amazon. So when he told me he shut off comments on his site, I perked up.

Here was his advice:

Don’t be afraid to turn off comments, once it feels like the right thing to do. I found that most comments on my sites were (1) “Great job”-type comments from other bloggers. Just personal preference, but those drive me crazy, and I deleted every one of them. (2) Questions. They’re great but I’d rather get them via email and answer the question as a future article instead of in the comments where very few readers would see the reply. (3) Political crap.

I eventually realized that I didn’t enjoy spending time dealing with comments, and I was doubtful that they served any significant business purpose. But I worried (for roughly two years) that turning off comments would make people angry.

Earlier this year, I turned them off. I wish I had done it sooner. The questions still come in via email. I don’t have to spend time moderating. And the handful of people (maybe 10-15ish) who used to write informative/insightful comments still share their thoughts via email, which is great.

He’s hardly alone. When I sought out other examples, I found many. Leo Babauta of Zen Habits doesn’t have comments.

Mainstream media outlets are also joining in the demise of comments. Popular Science did it in late 2013 and New Yorker dug a little deeper.

Shutting off comments is perfectly OK, it will not kill your blog.

Is it the right thing to do?

Why You Should Shut Off Comments

Mike shut it off because they did not add value to the articles he was writing. Knowing him personally, I know he’s an analytical person and I doubt he made this decision on a hunch or whim. When I asked him, his answers illustrated how analytical he was about it.

He told me that he broke down the types of comments on his site and realized he didn’t want any of them! They were a mix of political statements that distracted from the articles meaning or they were “great job” comments that commenters were leaving in order to get a link back to their site. Both of those were not adding value, so he didn’t want them.

There were, however, comments that he did want to see – reader questions. He just didn’t want reader questions in the comments where few people would see them. He wanted readers to email him the question so he could turn it into an article. An article would be far more helpful to the reader and it had the potential to help more than one person.

In a recent post, titled Automatic Investing with an Unpredictable Income, he answers a reader question in much greater detail than he could’ve in a comment.

For Mike and his business, it was a smart decision to shut off comments. It freed up time for him to focus on things that were important and it added value to his readers.

You should shut off comments on your site if it makes business sense.

How do you determine this? You need to look at your comments and decide:

Take a quick peek at the comments of any large general site, like on ESPN or Yahoo!, and they are mostly horrible. There’s a lot of racism, anti-Semitism, things about your mom, dad, your sister, … you get the idea. The ones that require a social media login, like Facebook, are a little better but they’re still mostly horrible.

Why You Should Keep Comments

Comments are still a measure of social proof. A blog post that has a hundred comments is often considered more popular than one with ten comments. The one with fewer comments might get more traffic but since readers can’t see traffic statistics, comments are the only visible proxy.

Comments make a blog a blog. A blog is about community and you can’t build or foster a community if the site is just a pulpit. Mike’s site is little more than a fancy brochure with a way to email him. For him and his business, that’s the way readers want to use the site and that’s why he shut off comments. As a blog owner, you have to realize what you’re building and adjust so that you can provide the most value. Mike’s value is in writing value-packed books, not moderating comments that add little value.

Comments alone don’t create a community, it requires work on your part. If a community is something you want and it furthers your business goals, then fostering that community is important.

Is there a middle ground?

Yes. If you have a good mix of horrible and less horrible comments and you want to keep the less horrible ones, authentication is the best defense against trolling. As the New Yorker piece illustrated, anonymity is what makes people act like monsters.

It’s what leads people to write things on the Internet that they’d never say out loud, let alone to another human being.

You can authenticate with tools like Disqus or integrating a Facebook commenting platform. Using those tools will reduce the number of comments your blog gets but it should increase the quality. If your readers truly want to engage, an additional login will not deter them.

Have you considered shutting off comments?

6 responses to “Should You Turn Off Comments?”