I know there's a lot going on, click here to Get Started.
13 Comments

Written by: Jim+ in General 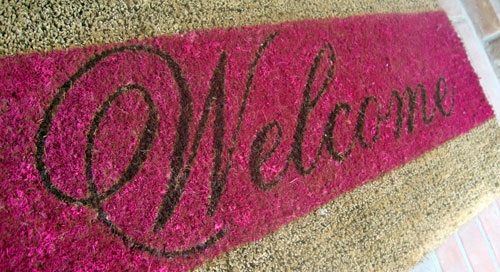 On January 31st, 2005, I started a personal finance blog called Bargaineering.com. Over the next few years, growing along with the young personal finance blogging community, I grew it into a very popular source of financial information, news, and, hopefully, entertainment. It generated enough income that I could leave my predictable and comfortable salary as a software engineer with a large defense contractor and pursue my fortunes as an internet entrepreneur.

In 2005 and 2006, Bargaineering didn’t make much money. I told my then-girlfriend (now my wife) that I just wanted the site to pay for one vacation a year. A few thousand bucks was a dream. I saw the site as my little homestead on the wild west of the Internet and my posts as my ears of corn. It was small and I was happy.

But then something miraculous happened… the site started earning some money.

Instead of $1 a day from Adsense, I was making $5. Then $10. Then $20. It was amazing. As I started peeling back the layers, I learned about affiliate marketing. Lead generation. Direct ads. All of the things they never teach you in school, certainly not to computer science majors!

What started as a microblog, a small plot of land, became a bigger enterprise that allowed me to quit my job and pursue it full time. In fact, as I’ve said to many people who have asked, I didn’t quit my comfortable job because I wanted to. I quit it because I had to. The business was generating so much income that if it ever went away while I was working 8-10 hours in an office, I’d kick myself. I’d regret not taking the plunge.

The blog forced me to quit and it was the best business decision of my life. And less than five years after I started the site, a great thing happened.

It was life changing.

And that entire process is what I want to share with you. All the lessons I learned, all the mistakes I made, and all the challenges I faced. I hope you’ll join me.

Send me an email and say hello!

13 responses to “Welcome to Microblogger!”